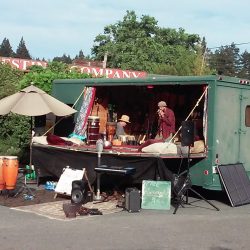 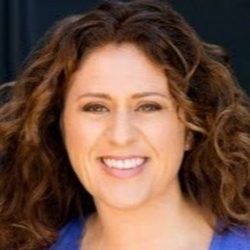 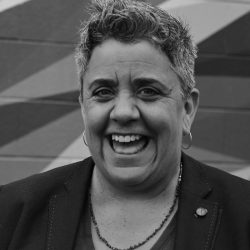 People, groups, things reach a state of readiness to open. The timing of unfurling can be a mystery. I was furled for most of my life. I longed to be open but did not know how to get there.

My work in all these realms is about unfurling — groups, conversations, individuals, myself. Life can furl us, we can furl ourselves, intentionally or otherwise. Furling is part of the process. Unfurling is inevitable. Expression, liberation, breakthrough … is all part of the furling and unfurling. 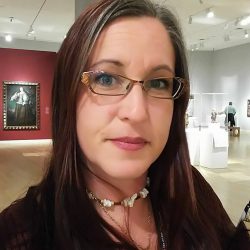 Eileen Nagle Acting, Artisan, Children's, Directing, Fiction, Film Office, Folk Art, Improvisation, Jewelry, Literature, Non-Fiction, Other, Performance Art, Puppetry, Storytelling, Talent, Teacher/Instructor, Teaching Artist for Adults, Teaching Artist for Youth, Theatre Eileen Nagle M.Ed is an elementary/ middle school teacher who specializes in Children's Theatre. A native of West Sonoma County, Eileen writes and directs children's plays and teaches acting classes. Shakespeare for Children; Musical Theater, Improv and Playwriting all for children are at the center of her creativity. She loves to direct after school drama clubs, teach playwriting and work with the home school community, having homeschooled her own children. While being the lead teacher in charter schools she taught teachers how to integrate the arts into their regular lesson plans; enhancing the enjoyment and retention of the core subjects. Eileen leads workshops for adults and older children to teach Script and Text Analysis based on Character Roles, a way to look at your own or other's work and  evaluate how sound the structure of the story is. At the University level Eileen taught Public Speaking, Interpersonal Communication and Theater For Elementary Teachers courses. She was  the Outreach and Workshop Coordinator for the Noorda Theater for Children and Youth. Recently she has been leading Creative Sonoma Trauma Residencies in the schools using theater to explore emotions.   Eileen would love to partner to teach arts summer/ after school programs in West Sonoma County area. 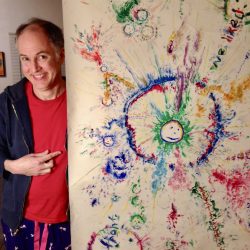 Brooks Palmer Acting, Children's, Composition, Directing, Fiction, Film Office, Folk Art, Illustration, Improvisation, Instrumental, Literature, Media, Music, Non-Fiction, Painting, Performance Art, Puppetry, Storytelling, Talent, Teacher/Instructor, Teaching Artist for Adults, Theatre, Video, Visual Arts, Vocal I'm a creative artist who loves to work in many fields. I write short humorous stories. I paint surrealistic art. I perform quirky improvisational songs and short stories on stage. I draw funny words-of-wisdom cartoons. I write books of surreal fantasy humor. I perform my As You Are show for eager audiences. I don't question my creativity. When it shows up, which is often, I put it on paper, or record it, or perform it. I love to put what I do out into the world, whether it's on stage, or online, or published as a book, or on a gallery wall. I love to uplift people with my creations. I hope my art makes people feel good about being alive, and inspires them to be creative in their own way. 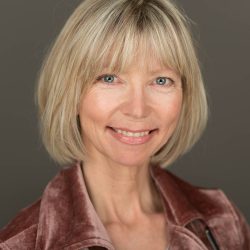 Bridget Palmer Acting, Arts Administration, Children's, Creative Sonoma Grantee, Directing, Fiction, Folk Art, Improvisation, Literature, Other, Puppetry, Teacher/Instructor, Teaching Artist for Adults, Teaching Artist for Youth, Theatre Ms. Palmer has directed theater projects with youths ages 4 -14 for over 20 years through her programs Santa Rosa Children’s Theater, Show Biz Kidz, A Theater For Children,  and her role as a Drama Specialist in Sonoma County schools. She also works for the Luther Burbank Center as a Teaching Artist. Ms. Palmer enjoys “play”ing with hundreds of children each year and loves the excitement of performance projects which culminate within 6-10 sessions. Ms. Palmer pursued advanced studies in Theater Directing at UC Berkeley and completed the LBC’s Kennedy Center Teaching Artist professional training, as well as several other Arts Integration professional development trainings related to Drama, Movement, and Storytelling.  Ms. Palmer helps children become high performers through acting-based activities. Ms. Palmer also loves playwrighting and comedy improv. She founded and ran the 6th Street Improv adult troupe from 2008-2013 in Santa Rosa at the 6th Street Playhouse.  In 2018,  she wrote her first play for children:  "Alex & The Magic Staff", with an anti-bullying theme. She is currently working on her second play for stage and a screenplay. 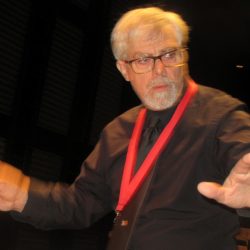 John Partridge Acting, Composition, Directing, Music, Theatre I have been a composer and performer all my life.  I graduated from UC Santa Cruz with an AB in composition and conducting.   I have worked in many forms including chamber music, opera, musical theater, church music and ragtime.  I am currently the Director of Music Ministries at the First Presbyterian Church of Napa and Music Director of the Sonoma Hometown Band. 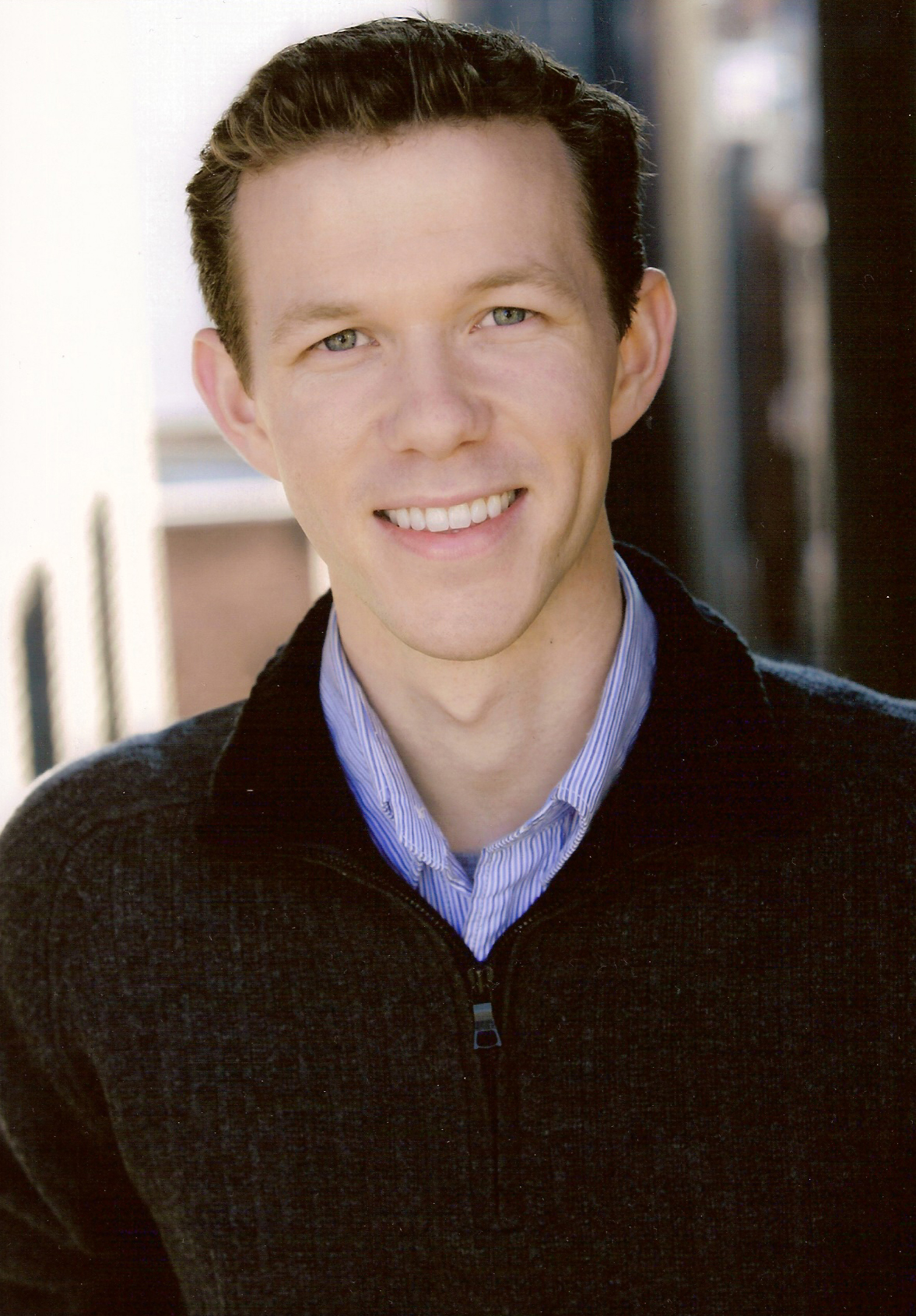 Stephan Stubbins Acting, Directing, Music, Theatre, Vocal
Stephan has the great honor of being the co-Executive Director of the Transcendence Theatre Company. Stephan’s performing career has been highlighted by his time on Broadway and on the National Tour of “Mary Poppins,” originating the roles of Buck Wiley, Perry Como, & Dick Clark in the pre-Broadway premiere of “Memphis,” singing an opening act solo for Frank Sinatra, headlining an opening act for Rita Moreno, performing for Rosemary Clooney, George Clooney, Michael Crawford, Kitty Carlisle Hart and working with Broadway, Music, TV and Film legends on and offstage including Dick Van Dyke, Kristin Chenoweth, Barry Manilow, Martin Short, Jason Alexander, Sutton Foster, Rebekah Luker, Conan O’Brien, and more. Recently recognized with Sonoma Valley Sun’s 2013 “Best Individual Performance” for his work in Broadway Under The Stars, Stephan can be seen on almost any given week somewhere in wine country singing for a non-profit cause, service group, pet shelter, retirement home, concierge group, or promotional opportunity in support of taking life and art to new levels of transcendence.