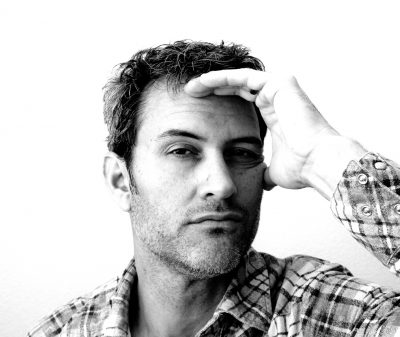 Eric Butterfield’s most recent single was a semi-finalist in the 2017 International Songwriting Competition.

Eric Butterfield is a songwriter based in Santa Rosa. His most recent single, “Wake Me in Paris,” was a semi-finalist in both the 2017 International Songwriting Competition (unsigned category) and the 2018 Unsigned Only music contest. The song was produced and co-written by Scott Mickelson. His near-term goal is to release a full album featuring this song.

Eric performs locally as a solo act. He also releases music as Sons of the Golden West, and released a CD under that name in 2016.

Eric’s music has appeared on more than 200 TV show episodes, on many major networks.

His self-produced six-song EP as Sons of the Golden West, “Oh, California!”, received airplay on KALX in Berkeley, the Americana Music Show (Durham, N.C.), WCNI (Connecticut), and was put in rotation at San Diego State’s KCR.

Eric’s West Coast roots run deep. He is a fourth-generation Californian who grew up in the Los Angeles area. This heritage and a sense of a rapidly changing landscape losing its history inspire much of what has become the varied Americana sounds of Sons of the Golden West (www.sonsofthegoldenwest.com). Travel and relocation have also been an influence. In the 1990s, Eric was turned on to the vibrant Americana music scene in Denver, Colorado. At the time, he played in a pop punk band that toured the Western U.S. and released multiple albums, landing songs on compilations from AP magazine and San Diego label Goldenrod Records. Prior to that, Eric played in Dublin, Ireland, with The Mexican Pets, which recorded albums for Blunt Records, toured Europe, and played with the likes of Pavement, Fugazi, Sebadoh, and Therapy?. More recently he played in San Francisco with the Subtractions before forming Sons of the Golden West, both of which performed in clubs in the Bay Area and beyond.

Press Release - Wake Me In Paris - Semi-finalist in ISC