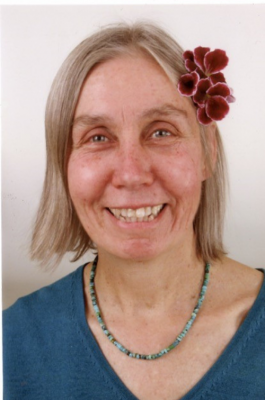 Janet received her M.A. in Early Childhood Education with an emphasis on Curriculum Development from Sonoma State University. She has a Level 3 Orff Certification and received Fulbright and Austrian Government Grants to attend the one year Special Course at the Orff Institute in Salzburg, Austria.

Janet is in her 14th year as the TK-3rd grade Orff Music and Movement Specialist at Oak Grove Elementary School in Graton, California. For several years she was the pre-orchestra teacher for the Simply Strings El Sistema program sponsored by the Santa Rosa Symphony and was a mentor teacher for the San Francisco Symphony Keeping Scoreproject for classroom teachers. Janet has received numerous district grants to integrate music and movement into the K-4 Language Arts, ESL, Math and Science curricula. She currently has a 3-year grant to bring music and creative movement into the NGSS science curriculum at Oak Grove Elementary School.

Her course Music, Movement and Language in Early Childhood is offered every spring at Mendocino College. She also teaches Introduction to Orff Schulwerk and Classroom Applications at the San Francisco International Orff Course. Janet has been a presenter for local and national music conferences. She has shared her interest in music, language and movement by offering courses for teachers and children in Bali, Bhutan, South Africa and Thailand. Janet enjoys dancing and playing the harpsichord, percussion, and the accordion.