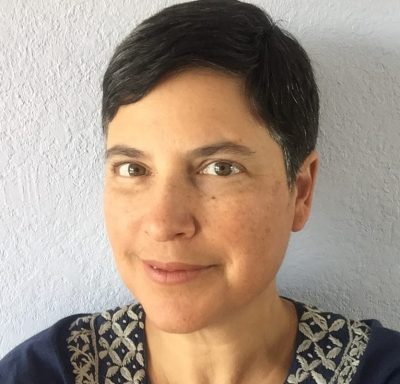 NICOLE R. ZIMMERMAN is a recipient of the 2019 Discovered Award for Emerging Literary Artists Grant, made possible, in part, with funds from Creative Sonoma and the National Endowment for the Arts.

She holds an MFA in Writing from the University of San Francisco, which nominated her essay to the AWP Intro Journals Project. Her literary work is published in Creative Nonfiction, The Best Women’s Travel Writing, Los Angeles Times, The Rumpus, Hypertext Review, Sonora Review, The Dewdrop, About Place Journal, Halfway Down the Stairs, Toho, Cagibi, Ruminate, Noyo River Review, Birdland Journal, Origins, and South Loop Review, which nominated her work for a Pushcart Prize.

Nicole has freelanced as a reporter for Petaluma Patch, as a Towns correspondent for The Press Democrat, and as a copywriter for Viator/TripAdvisor. She is an alumna of Lit Camp, a juried writers conference. She designed curriculum and taught in K-5 at Sonoma Country Day School and led creative writing workshops in after-school programs in Petaluma.

Born in Brazil and raised (mostly) in Northern California, Nicole lives with her wife in Penngrove where she hosts Shut Up & Write!™ sessions and facilitates creative writing workshops (see Writing From Memory or Imagination on the creative calendar). She is an AWA affiliate, certified to lead workshops in the Amherst Writers & Artists (AWA) method.