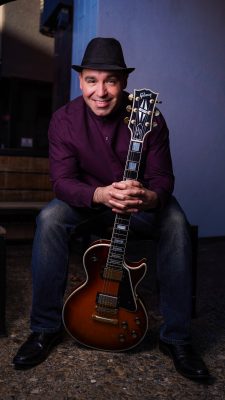 Vocalist, multi-instrumentalist, award-winning performer and recording artist, Paul has resided in Sonoma County since 1997 and has been entertaining audiences ever since with his own style of R&B/Rock/Pop.

Winning the 2010 Nammy for Blues Album of the Year, the 2016 NorBay Award for R&B band of the year from the North Bay Bohemian weekly, among other awards, he has performed all over the USA and internationally with 8 album releases and recorded live footage. Learning the guitar when he was a teenager from his father and sharing the stage with him, Paul found a passion for music and excelled at it. Notably as the frontman of Twice As Good, also on record with artists Jacques Wilkens, Ras K’dee and Audiopharmacy. Paul’s guitar style is a sweet and screaming melody reminiscent of B.B. King and a vocal style that is soulful like Bruno Mars, Jonny Lang, and Al Green.