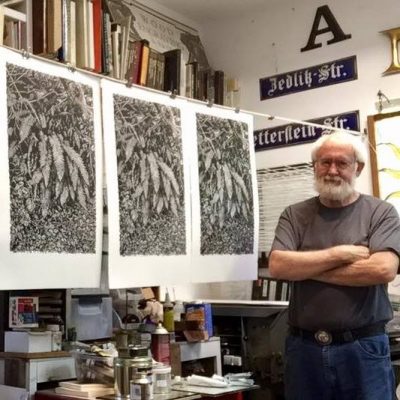 A California native, Rik received his B.F.A. from the California College of Arts and Crafts in Oakland.

He has studied under such masters as Barry Moser, John DePol, Richard McLean, and Ralph Borge. He has lived, studied and exhibited in Italy, Germany and the U.S. His influences include the years he lived in Europe and currently the beautiful countryside of Sonoma County, California. He enjoys pushing the envelope in printmaking and has recently been working on editions of multi-color linoleum cut prints. He recently took part in a fund raising event where the works of ten artists, whose over-size prints were printed by an actual steamroller, were featured.