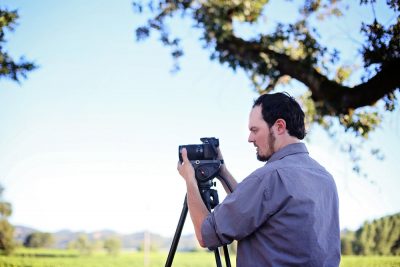 Sam Freed was behind the camera for the first time when he was 13 years old. School was out and summer had just begun. One of Sam’s best friends at the time had a Sony handycam that his dad let him use. Sam, his brother, and a couple of his neighborhood friends decided they wanted to make a movie. An “MTV Jackass” inspired movie. As each day they would come up with new stunts or pranks, Sam seemed to be behind the camera the most setting up the shot or directing the stunt and his passion for filmmaking was born. In middle school, Sam and his friends began creating skate videos on the weekends and all summer long. In high school, he studied films dating back to the early silent films up to present day thrillers. Sam attended the Santa Rosa Junior College where he studied Digital Video Production and Digital Editing and received his Associate’s Degree in Behavioral and Social Sciences. He further developed his skill and knowledge while enrolling in the Film Connection. He became an intern at Atomic Productions in Oakland, CA where he served as a Production Assistant, Camera Operator, Best Boy, Audio Recordist, 1st and 2nd Assistant Camera. Once finished with his internship, Sam received his degree in Film Production.