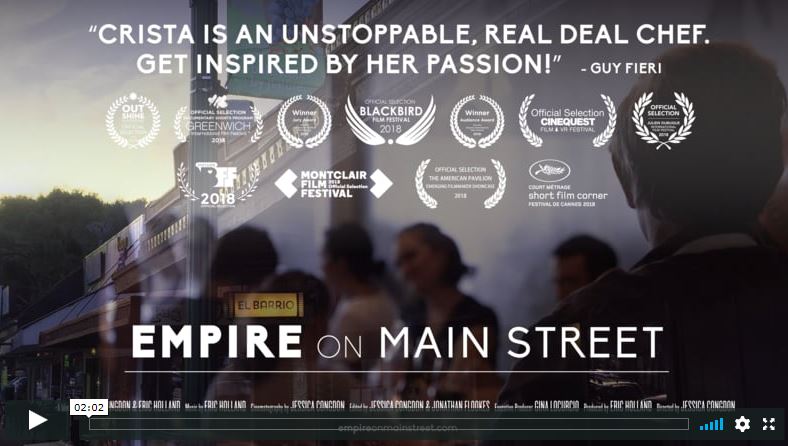 Filmmaker and director Jessica Congdon traces Luedtke’s journey through an ambitious transformation of downtown Guerneville, and the risks, losses, and victories Luedtke encountered along the way. Read more about the film and the filmmaker at the film’s website, Empire on Mainstreet, or click on the image above.

Check out the North Bay Bohemian’s quick take on the film under the headline Best Non-Glamorous Portrayal of the Restaurant Industry.