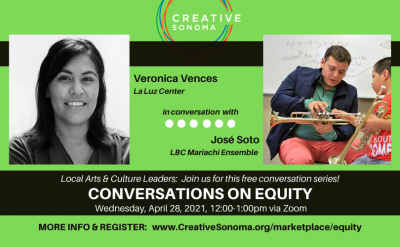 Creative Sonoma Advisory Board Members Cindy Berrios and Veronica Vences will engage three local leaders in conversation on how they are each actively working to advance equity in Sonoma County from policy development and implementation to programs. They will share perspectives about working toward equity on a county level, a city level, and within an arts organization. The conversation will include time for audience Q&A. (Host and guest bios below.)

*Registration for the final noontime session (12pm-1pm via Zoom) has been RESCHEDULED for Wednesday, April 28, 2021. Register for this free session HERE. (If you previously registered for the January series, you do not need to register again – we will send you the updated time and date – the link is the same!) 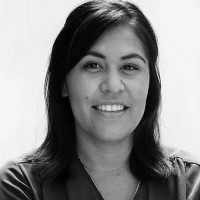 April 28, 2021 Host:  Veronica Vences was born and raised in Sonoma County where her parents settled to work in agriculture after emigrating from Mexico. Her family background has played a significant role in fostering her commitment to help individuals reach their full potential as well as to value the importance of collaborative and equitable economic community development.

Veronica received BA degrees in both Economics and Urban Studies from San Diego State University. After graduating, she worked with the County of Sonoma’s Human Services Department. She subsequently received a master’s degree in applied Economics from San Jose State University. Her dedication is around serving the community and blending the use of data that guides effective evidence-based decision making, and, as a result, leads to fair economic development and healthier communities. She and her husband are both committed to serving through non-profit work and being active participants in the community. In their spare time they love to travel and volunteer.

January 14 & 21, 2021 Host:  Cindy Berrios is a bilingual and bicultural licensed clinical social worker with almost twenty years’ experience in the social service, nonprofit field, with a specialized focus on intimate partner violence, domestic violence, and sexual abuse. She spent fifteen years living on the East Coast before returning to California in 2013.  Cindy is currently the Clinical Director for the YWCA Sonoma County, the county’s only domestic violence services provider and is a member of the Steering Committee for Redwood Children’s Center– Sonoma County’s Child Advocacy Center focused on serving child survivors of sexual abuse.

Cindy has served on the boards of the Jewish Community Free Clinic and Ceres Community Project and is former co-chair of the Los Cien Education Committee.  She currently serves on the boards of Creative Sonoma and the Children’s Museum of Sonoma County.  She is also Adjunct Faculty in the Counseling Psychology Department at University of San Francisco.

Cindy holds a Bachelor of Arts in Political Science and French from Gettysburg College and a Master of Social Work from Temple University, with a specialization in cross cultural children, youth and families.  She currently lives in Santa Rosa with her husband and pup, Otto.  She is an avid supporter of the arts and has collected several pieces from her favorite artist, Alejandro Salazar, who is based in Sonoma County. 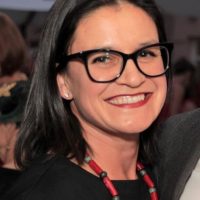 January 14, 2021 Guest:  Alegría De La Cruz has spent her career in public interest and public service. She began working at the County of Sonoma in the County Counsel’s Office in July, 2015, and in September, 2020, she was appointed to lead the Office of Equity. She serves on multiple local boards, including Los Cien Sonoma County and Santa Rosa City Schools. Before joining the County of Sonoma, Alegría worked in public service and public interest for the State of California, the Center on Race, Poverty & the Environment, and at California Rural Legal Assistance. Alegría identifies as Chicana and recognizes, embraces, and celebrates her responsibility to contribute meaningfully to public service, social justice, and equity. 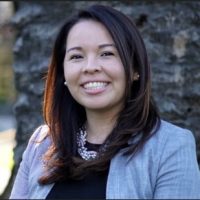 January 21, 2021 Guest:  Magali Telles was born in Michoacán, Mexico but raised in Fresno, California. She was the first in her family to attend a four-year university and received her Bachelor’s degree in Sociology and her Master’s degree in Education from SSU. For close to 18 years she assisted students and their families with resources in the college readiness and admissions process on a local and statewide level, with special focus on Latino families. She also founded the Latino Family Summit at SSU. In 2018, she became the first Executive Director for the largest Latino Leadership organization in Sonoma County, Los Cien. She is now the Director of Community Engagement for the City of Santa Rosa. 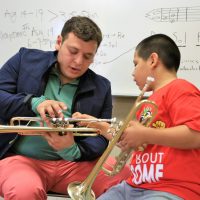 April 28, 2021 Guest:  José Soto is the Music Specialist and director of the youth Mariachi Ensemble at Luther Burbank Center for the Arts. A lifelong musician, José gained early recognition at the age of 12, winning a prestigious national singing competition in Jalisco, Mexico, which provided him with a scholarship for singing lessons. Performing alongside family members, José plays the violin and has directed Mariachi Barragan Band since 2010. An award-winning local musician, he was honored as Student of the Year at Elsie Allen High School in 2012 and graduated from Sonoma State University in 2018 with a Bachelor of Music in Music Education. In addition to composing, arranging, and recording original songs, José has also worked with the Santa Rosa City School District as their Mariachi Teacher and been a guest teacher at SSU instructing a music class in Mariachi. He attended Chacala Mariachi Institute in Mexico for professional development instruction in 2016 and 2018 to deepen his knowledge of teaching Mariachi in the community.