Sonoma County is home to more than 200 non-profit arts organizations along with 100s of other creative enterprises who work every day to enrich our lives with exhibits, performances, readings, happenings.  Sometimes, they are caretakers of our collective cultural identity.  Sometimes they are tour guides, leading us on an exploration into uncharted emotional waters.  And always, they are the critical threads that tie together the fabric of our creative community.  Browse this ever-growing gathering of our creative eco-system for ideas and opportunities.

Do you work for a creative organization or enterprise in Sonoma County?  Register HERE to have your company’s page included on CreativeSonoma.org. 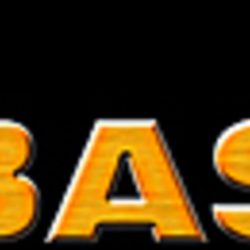 Bay Area Stunts Film Office, Film/Video, Talent Bay Area Stunts is a collaboration of Stunt Professionals who collectively have come together to offer their unique abilities to the industry here in the immediate Bay Area and wherever the need for Stunt performers may be!

Boom! Models And Talent Film Office, Film/Video, Talent Celebrating twenty years in the Talent Agency business. Boom! Model and Talent Agency is a full service bonded and licensed model and talent agency. Boom! Models and Talent is franchised by the Screen Actors Guild (SAG) and American Federation of Television and Radio Artists (AFTRA). Boom! is the premiere model and talent agency of San Francisco and has one of the most respected and successful agencies in the San Francisco Bay Area. BOOM! has been supplying the media market place for Commercial Print, TV, Movie, Commercials, Industrials, Catalogs, LifeStyle Advertising, Film, VO, Animation, Runway and Fashion. Boom! has a worldwide reputation and has placed models and talent in both the European and Asian Markets with its affiliated talent agencies. BOOM! has a wide range of support services. Makeup, Hair, Clothing and Food Stylist as well as in house casting and production services. BOOM! Agency is headed up by John E Hutcheson (Jack) and his incredible staff that has combined industry experience of 40+ years. John was an International Male Model for 14 years . He worked with acclaimed photographers & designers for GQ, Vogue, M, and other international Magazines and Runways throughout the world. He graduated from University of Santa Barbara. John has a degree in Fine Arts & Photography. His knowledge and years of experience in the industry has made BOOM! and its diverse talent pool the "go to agency" for Photographers, Casting Directors, Production Houses and Independent Producers. BOOM! agency prides its self on fulfilling the talent needs for all its clients while staying within ever changing budget and logistic perimeters. Boom! provides models for clients such as Google, Apple, Oracle, Visa, Ralph Lauren, Gap, Levi Strauss, Verizon, Macy's, Toyota, Mercedes, Ford, Smith & Hawken, Target, American Express, LL Bean, Hanna Anderson, Haynes, Disney, Osh Kosh, Carters, Clorox, Chandon Winery, The Children's Place, Nike, Adidas, Men's Health, AT&T, Sprint, T-Mobile, Microsoft, Kraft, Birkenstock, and many more. Boom! Actors and Voice Talent have appeared as principals for commercials and voice-overs for Nickelodeon's series "Bubble Guppies", Pantene, Method Soap. Playstation, Loreal, Axe Body, Nike, Alaskan Cruise Line, Macy's, Baby Gap, General Mills, Hertz, Volkswagen, Sprint, Quaker Oats, Campbell's Soup, Kellogs, Subaru, Whirlpool, Pepsi, GM, Lexus, Polaroid, Mercedes, Ford, Kia, GE, Apple, RiteAid and many more. Boom! Models and Talent was founded in 1993 Owner - John E. Hutcheson 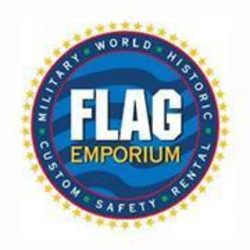 Flag Emporium Equipment, Film Office, Film/Video, Talent Flags of all nations, states, etc. for purchase or rental. Historic flags a speciality. Carried the flag for the National Calvary Association in the Rose Parade. Teach Calvary and riding. Have multiple gun safe mounts. Can provide with and without riders. Can supply mounted artillery with cannons. See: www.warhorse.org 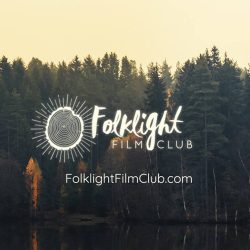 Folklight Film Club Crew, Dance, Education, Film Office, Film/Video, Multimedia, Music, Nonprofit, Performing Arts, Production Companies, Special Events, Talent, Theatre, Visual Arts Folklight Film Club is a wine club-inspired membership experience around making a movie. Members attend unique events, get behind the scenes, and influence the movie being made. It's the world's first farm-to-table film. Membership enrollment is open now, space is limited, and enrollment closes in the fall. Sonoma, Napa, Marin, and Mendocino residents are eligible for membership.
EVENTS:
Table Read: The table read is the first time a screenwriter hears the script they've written read out loud by a group of actors who may or may not end up in the film. This is one of the important first steps of creating a narrative feature film, and you get to be there from the beginning.
Red Carpet Oscar Party: Get red carpet ready and gather with club members to celebrate movie making's biggest night. Games, red carpet interviews, wine, and surprises will be some highlights of the evening.
Panel Discussion with Filmmakers & Cast: Fresh after wrapping principal photography on your film, get together with the cast and creative team to hear about the process and ask anything you'd like to know.
Gallery Show: Enjoy art in multiple mediums inspired by themes from your film, mingling with members, and wine.
Member-made Short Films: Get in front of or behind the camera and make a short film! Guided by Folklight professionals and our student crew, you make a short film in one day.
Folklight Member Shorts Festival: Enjoy an evening of short films created by you!
Film Inspo Concert: An interactive, 360° concert featuring re-imagined moments and music from beloved films. More details than this would ruin the surprise.
Concert of the Original Soundtrack: A concert of original music created for Folklight’s feature film, with performances from the singer/songwriters, presented with a twist.
Members' Red Carpet Premiere: Be the first to see and celebrate the world's first farm-to-table film. Walk the red carpet and become a part of film history in Sonoma County and beyond.
ENGAGEMENT:
Tell Us Your Stories Survey: This survey is where you plant the seeds of inspiration for the world's first farm-to-table film.
Be a Location Scout: Do you own or manage somewhere? Do you want to see it in your film?
Be a Casting Director: Watch audition videos and vote for your favorite to play a role in your film.
Choose the name of your film: Choose your favorite name from a list created by our screenwriter and director.
Choose your film's poster design: Choose the design that you think most captures the eye and the essence of your film.
Video & email updates getting you behind the scenes of your film's progress: We take you behind the scenes and show you every step of creating your film.
You decide where the money goes: Should your film secure distribution and make money, you choose whether the money goes into growing our education program, to our scholarship fund, toward continued filmmaking (Folklight Film Club is a 501(c)3 (pending) nonprofit), or to the local 501(c)3 charitable organization of your choice.
SWAG:
Digital access to you feature film
Digital download of the original soundtrack
Digital access to the making-of documentary 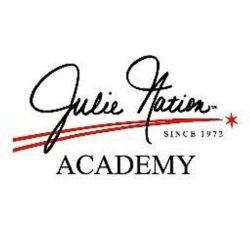 Julie Nation Academy Film Office, Film/Video, Talent We are independently owned by long-term Santa Rosa, California resident Julie Nation, who founded the Academy in l972 in the belief that building self-esteem and confidence is the foundation for success in life- as individuals and in our careers. An award-winning academy, this modeling and acting school is not a franchise, and refers students and graduates to Bay Area and Los Angeles agents for potential registration and employment. Our Model & Talent Showcase offers our students and participants from all over the United States, even internationally, the opportunity to perform their skills before a panel of prestigious agents and industry leaders. Our Casting Department also offers students and graduates local opportunities to build their resumes. 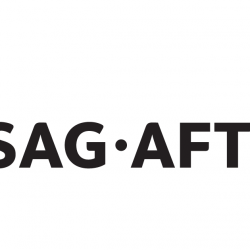 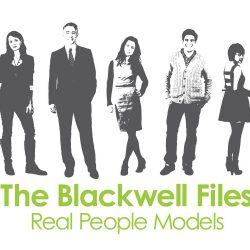 The Blackwell Files Film Office, Film/Video, Talent The Blackwell Files came onto the scene in 1999 as one of the first Real People Model Agencies in the industry. Located in San Francisco's Mission District for over 17 years, Blackwell has skillfully managed talent placement for Commercial Photographers, Producers and Ad Agencies Worldwide. In the Spring of 2016 Blackwell opened a Professional Model division and is now representing a portfolio of seasoned Lifestyle & Commercial Models. 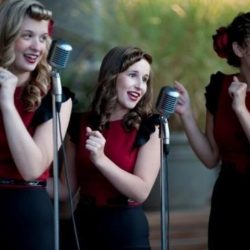 The Fondettes Film Office, Film/Video, Talent After meeting in their high school choir, and experimenting with their first collaborative song, Sincerely by the Mcguire Sisters, these three girls were hooked on the classic trio music of the 1940s and 1950s. Expanding to a more Andrew Sisters influenced repertoire, the girls developed a set of all the old favorites, the songs and dances that reigned during WWII. Bringing back these nostalgic tunes raised a great response from local spectators, and have since been busy expanding, practicing and performing anywhere and everywhere they can. 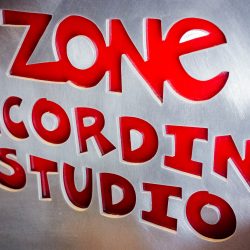 Zone Recording Studio Film Office, Film/Video, Multimedia, Production Companies, Talent We’ve recorded 100’s of CD’s since 1985. Singers, songwriters, and bands of all kinds – metal, hip hop, folk, blues, jazz, even Mariachi Karaoke. Or, if you’ve already done the recording, we can mix it for you and do the mastering. We are located next to a very fun musical instrument store, Loud and Clear, and they often have gear you can use on a session. We’re IMS Barter members and fairly multi-lingual.   We also write and produce audio for businesses – radio and TV ads, narration, podcasts, jingles, audio books, on-hold marketing, and everything else. We love doing voiceover, music editing and creating custom music. Attorneys and law enforcement agencies here in the San Francisco Bay Area use us for forensic audio work, (CSI Cotati). And we transfer old records and tapes to CD, and we restore old and noisy recordings.   . . . and we’ve got great equipment like Pro Tools HD Accel with lots of plug-ins, a Korg Triton synthesizer, video playback, 1/2 inch analog tape, 1/4 inch analog tape, ISDN Source Connect, and excellent microphones.
SHOW MORE