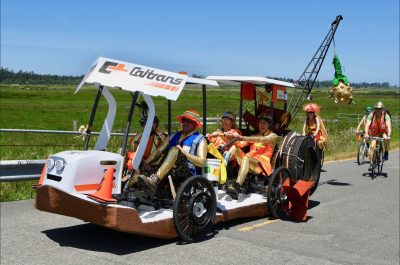 Basic Info: We design and build interactive art installations and human-powered vehicles for racing and exhibition events in (mostly) Northern California. We strive to use recycled and re-purposed materials in all of our builds.

“Stormageddon” video in which the Amphibious Trike joins Kayaks and Wakeboarders in the Healdsburg Safeway parking lot, during flooding. http://youtu.be/JHGnPqH_F3s?list=UUZU5FVCztllIAuW1-d_cqsw 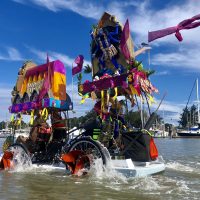 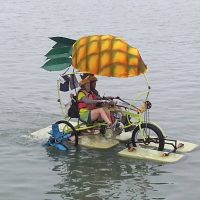