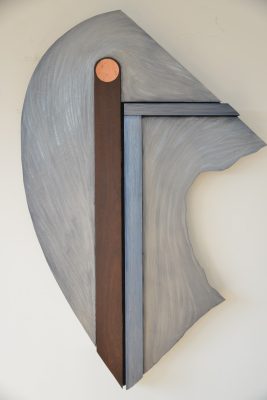 He has devoted years of study to create unique art forms that incorporate a three-dimensional structure with a wide variety of media including metal, wood, ceramics, canvas, and oil paints.

After receiving an M.F.A. from The School of the Art Institute of Chicago (SAIC), Takao moved to New York to focus on developing his innovative style and techniques. He had numerous exhibitions in the U.S. and worldwide, and his work was featured in several world-renowned publications. An art critic once described Takao's artwork as “a powerful sense of the physical experience of man’s encounter with nature”.

In 2015, Takao and his wife visited Bodega Bay, California, for the first time and were captivated by the beauty of its nature and wildlife. A couple of months later, they departed from their residence in New York of over 40 years and moved to Bodega Bay, which inspired and conceived Takao's latest work "The Bodega Bay Series". While dedicating his life to exploring and conveying his sentiments for nature through his artwork, he and his wife continue being active members of the community in Sonoma County.