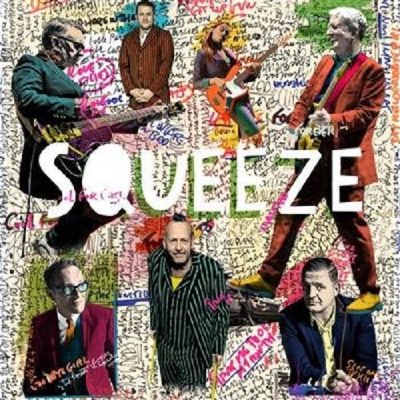 The UK legends play their extensive list of hits as well as rare, lesser-known gems from their back catalogue and solo careers.

Become a member to buy early and guarantee your tickets.

Click here to learn more about membership levels and benefits.

The UK legends play their extensive list of hits as well as rare, lesser-known gems from their back catalogue and solo careers. Squeeze first formed in 1973, shortly after Chris Difford and Glenn Tilbrook had begun their songwriting partnership, brought together by an ad in a sweetshop window. By 1977 they had made their recording debut and enjoyed a string of hits which lasted until 1982, the maturity of their songs outliving their initial burst of chart activity on the back of New Wave. Difford and Tilbrook have been compared to Lennon and McCartney since “Take Me I’m Yours”, their first release in 1978, blasted the band into the forefront of the UK music scene. Following hits including “Tempted”, “Black Coffee in Bed”, “Hourglass”, “Cool For Cats”, “Up The Junction” and “Pulling Mussels From The Shell”, Squeeze established themselves as a vital part of the quintessential rock scene. These hits also established Difford and Tilbrook as two of the most prolific songwriters of their time with each amassing a wealth of melody-rich earworms over the past four decades as both Squeeze and solo artists.