Posted by self ; Posted on
Call for Artists 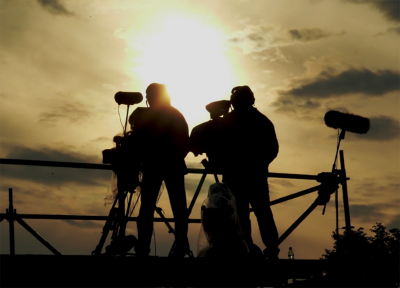 This is a 10-minute zippy dialogue comedy short film by director Kirk Demorest (1.3 Million Youtube views).  The last film Demorest made got 100,000 Youtube views in less than a month. This film is an incredible show piece for actors with comedic talent. The script is super fun and snappy. The production will be created to broadcast high definition standards.

Here is the complete script with highlighted sides.

Here are some behind-the-scenes from past films so you can get an idea of how we work.

Roles to be Cast

DUSTIN (Lead), 32, is a friendly and likable type (quirkily handsome

too). He has the build of someone who works at a desk. He’s on a comically desperate mission to take a random stranger woman to Iceland to fulfill a prophecy he had.  Think enthusiastic, driven, goofy, and unapologetic. (Sides highlighted in aqua)

AMY (Lead), 32, is bubbly, smart, and a little gullible.   She is super likable and carefree with an upbeat and approachable demeanor. She’s got fun way about her.  She is one of the three leads in the story. She is the counterpart to her best friend, Lauren, who is more dry and pragmatic. (Sides highlighted in pink)

LAUREN (Lead) , 32, is appealing and approachable but a master of stinging sarcasm. She is the pragmatic counterpart to her bubbly best friend, Amy.   She has a trim build and will have a dance number in the film. Her chemistry with Amy and Dustin is paramount. (Sides highlighted in yellow)

There is no pay for the cast or crew of this film, but are a number of reasons why it may be valuable experience! Everyone on the crew is working for the passion of their craft, to network, and to get an IMDB credit. Even if you have never had an IMBD credit, you will get one (free) on this film due to the director’s visibility and history.  It is a straight-forward daytime shoot at a single location. All equipment, post production, and meals are being donated based on the quality of the script and production. It is expected to be a high-quality show piece for everyone involved. There will be a complete crew to support your talents and feature you in the best possible light. The director has outstanding reference from local talent.

We are shooting in on a single day in June 2018, but there will also be at least 2 days of rehearsal to learn the dance and blocking.  The location will be in Sonoma County but auditions may be held in San Francisco and/or Oakland (or by self recorded video)

Please send a video links of you doing dialogue. If you don’t have any dialogue in your reel, please record yourself doing the sides in the script for the character you want.  After the video submissions have all been reviewed, you may be contacted for a callback to match your chemistry with the other characters. Please send materials to: sonomamediaarts@gmail.com  With the subject: CASTING FOR [desired Character name]

We thank you and feel grateful for your consideration of this project!!