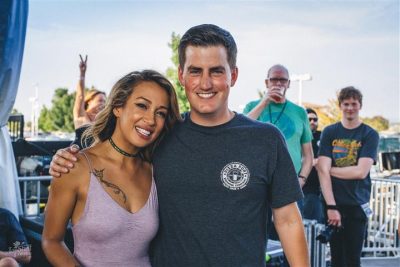 Thomas Cussins is a talent buyer, artist manager and small business owner who likes to connect dots. In the music business since throwing shows while at UC Santa Cruz in 2006, Thomas is the co-founder of Ineffable Music Group, which offers talent buying services, operates nightclubs and festivals and manages independent artists. Currently Thomas is the talent buyer at the Catalyst in Santa Cruz, The Mystic Theatre in Petaluma, Cornerstone Berkeley and Levitate Music & Arts Festival (Pollstar 2017 nominee for Best Music Festival). He also manages reggae artist Stick Figure from his office in Oakland. Ineffable also manages a select roster of talent including Collie Buddz. 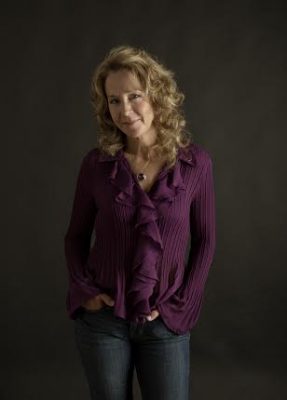 Sheila Groves-Tracey has been in business as Notable Talent for 30 years. Her highlights include working as the booking agent for Neil Young for his Bay Area Blue Notes tour, unforgettable shows she has booked such as a jam at New George’s that included Jerry Garcia, Carlos Santana and Los Lobos and working with such acts as Melissa Etheridge, The Red Hot Chili Peppers, Primus, Train, and Cake during their early days.

In addition to the Sausalito Art Festival which she has booked for 25 years, Sheila has been the buyer for (in succession) New Georges (7 years), Mystic Theatre (15 years), Uptown Theatre (4 years), the inaugural year of BottleRock, and The Twin Oaks Tavern of which she also was the owner until selling to HopMonk last year. Sheila is also the Talent Buyer for EarleFest, FunkenDank Octoberfest and the Sonoma County Blues Festival. She has booked a wide span of artists including Kings of Leon, Allison Krauss and Union Station, Galactic, Lucinda Williams, Ben Harper, Colbie Callait, The Avett Brothers, Social Distortion, Amos Lee, Zac Brown, Willie Nelson, GWAR, The Pixies, Snoop Dogg, Beck, Ryan Adams, Jeff Beck, BB King and Glen Frey among many others. In addition to talent buying, Sheila also manages singer/songwriter David Luning whose new album Restless is currently climbing up the Americana Charts.

DAVID A. HELFANT
May 7 Conference Presenter 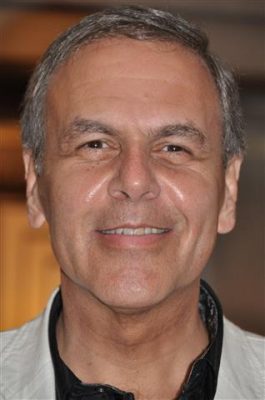 Helfant was the Senior Vice President of Business and Legal Affairs for the Motion Picture Division, Music, at Paramount Pictures, as well as the Senior Vice President of Business Affairs and Head of A&R for Immergent Records, a cutting-edge multi-media entertainment and record company.  David has been on the Board of Governors for the Society of Singers, the National Academy of Recording Arts and Sciences (NARAS), the Beverly Hills Bar Association, Children’s Hospital L.A. and Fender Music Foundation.

Sam Hollander is one of the most talented and diverse writers and producers in the game. He has had multi-platinum success writing and producing for major artists such as One Direction, Train, Daughtry, Katy Perry, The Fray, Carole King, Weezer, Panic! At The Disco, Fitz and the Tantrums, Gym Class Heroes among others.

Hollander has written and/or produced 21 US Top 40 Pop Hits. In 2008 Rolling Stone honored him as Hot List Producer of the Year award. In 2012, Sam was the music producer for the second season of NBC’s Steven Spielberg-produced series SMASH, including the Emmy-nominated “Voice in a Dream.”

Over the past decade, Hollander has been instrumental in the development of artists including Bebe Rexha, Tyga, Boys Like Girls, Cassadee Pope, Gym Class Heroes, and We The Kings, among others.

Most recently, Hollander co-wrote Fitz and the Tantrum’s Platinum single “HandClap,” James TW’s worldwide hit “When You Love Someone” along with 4 songs on Panic at the Disco’s “Death of a Bachelor” Platinum album, (including the Gold single “Emperor’s New Clothes”) which was one of the top 10 selling albums of 2016. Additionally, he has recent successes with Pentatonix, Daughtry, Weezer, Olly Murs and more. More at www.samhollandersongs.com.

Jim Jacobs has worked with Lagunitas for the past 14 years in the capacity of sales, music marketing and community giving. The explosive growth in the craft beer industry has created many opportunities, not only the selling of liquid, but also joining the passion for music with culture and social change. Jim has overseen large-scale events, national sponsorships, festivals and experiential marketing at SXSW. His current role is managing a national community giving and grant program. Work is underway to scale to international markets. 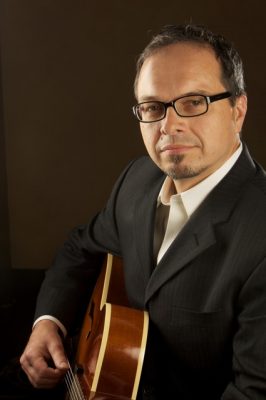 Numbered among the top 50 influential forces in Seattle music by Seattle Sound Magazine, producer/engineer/composer and business owner Glenn Lorbecki established his career with such diverse artists as the Violent Femmes, Dizzy Gillespie, Dr. John, the White Stripes, Dave Matthews, Regina Spektor, Green Day, Weezer, and Coldplay. He has engineered multi-Platinum and GRAMMY® nominated albums, and TV/film/game soundtracks. He is part of the EMMY® and TEC award-winning GRAMMY telecast audio team on CBS, and his work is on exhibit at the GRAMMY Museum in Los Angeles.

Lorbecki is an instructor at the University of Washington, receiving an “Excellence in Education” award, and has written a series of books on audio production published by Hal Leonard. His volunteer leadership activities include AES, SPARS, P&E, and UW Advisory Board service, and he has served the Recording Academy since 1999 as Governor, Chapter President, Trustee, P&E national co-chair, and two terms as national Secretary/Treasurer, with continuous service on the Finance Committee since 2004. Glenn is currently a Recording Academy Trustee representing the Pacific NW Chapter. More info at www.glennsound.com.

Lagunitas Brewing Company founder and Chicago native, Tony Magee, has pursued his passion for music for most of his life. In grade school through high school, he played in both concert and jazz bands. After a year of design school at IIT, he continued to follow his passion changing to music composition and performance at NIU. After leaving school, he toured with a reggae band, then worked at various jobs. Upon homebrewing his first batch of beer in 1993, he saw a direct connection with creating a recipe and creating a piece of music. 8 months later he opened the doors to the Lagunitas Brewing Company in Forest Knolls, eventually moving the brewery to the current location in Petaluma. Besides running the brewery, he is back writing music and performing in a band that recently returned from a tour in Europe. 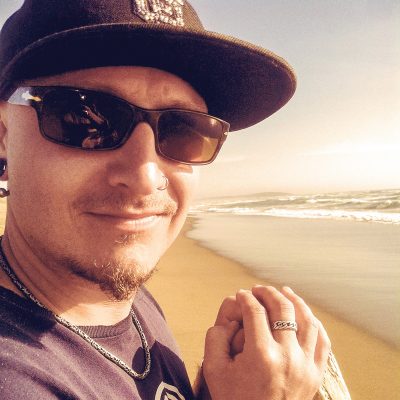 Patrick Malone is a native of Sebastopol, California and started DJ’ing at the age of eighteen (1998) and was promoting successful music shows by the time he was twenty-one. At the age of twenty-five he was already involved in managing large-scale events such as the Harmony Festival and Burning Man. He was promoted as primary talent buyer after establishing his weekly Juke Joint club event for the HopMonk Tavern in Sebastopol in 2008. He currently books three out of the four HopMonk venues while continuing to promote his own events and cabaret burlesque shows.  Having a keen ear for a variety of genres has allowed him to stay on the forefront of trending music of all styles.  He has been highly instrumental in HopMonk Sebastopol’s best music venue award, five years running, and has won Sonoma County’s best DJ in 2011, both by readers of the Bohemian.

May 7 Conference Moderator
Rob Senn has worked in the music industry for his entire career. Having learned the music business early as a promotion executive for major record labels (Columbia, Atlantic and MCA), he launched into music television working at MTV for four years and then was EVP/GM of The Recording Academy (the GRAMMY Awards) for twelve years. After serving AEG (Anschutz Entertainment Group) as Senior Vice President of Creative Services for several years, he led Gibson Guitars for four years as Chief Operating Officer and Chief Marketing Officer.

He obtained a Presidential MBA from Pepperdine University in 2008, and subsequently was the Founder of The CONVERGITAL Group consulting firm, supporting business development strategies for companies in the creative industries. Rob has served on the Board of Directors of many music non-profits, including MusiCares Foundation, GRAMMY Foundation, Latin Academy of Recording Arts & Sciences, Bohemian Foundation and the Gibson Foundation, where he currently also serves as Executive Director. 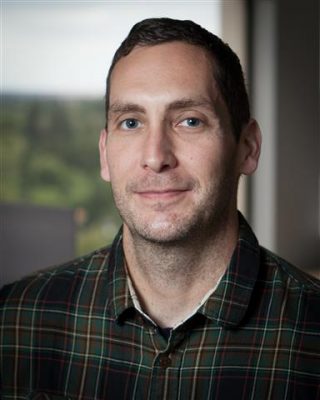 Eric is the creative director of Creative Commons (CC), where he works with artists, media companies, technology developers, and cultural institutions on the use of Creative Commons copyright licenses and CC-licensed content. Before joining CC, Eric was an editor for Wired magazine, where he is currently a contributing writer, covering the intersection of technology and popular culture. He is the board director of CASH Music and is a musician whose recordings and remixes have been released by a variety of record labels worldwide.