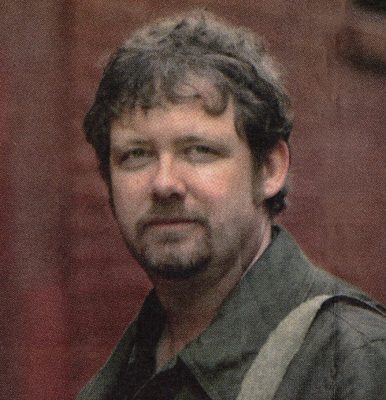 I’m a screenwriter and director of film and video.

My short film “La vie d’un chien” (“The Life of a Dog”) screened at top-tier festivals around the world, including exhibition at NY MOMA as part of the New Directors/New Films series. It garnered numerous awards on the festival circuit, including Best Narrative Short at the 2005 Los Angeles Film Festival. In 2009, my screenplay “The Sensitivity Program” (co-authored with Skot Christopherson) was chosen as Best Feature Screenplay (Science Fiction Category) in the Austin Film Festival competition.

My latest project is the science fiction drama NEW. This ambitious project was financed largely through two grass-roots crowdfunding efforts that raised over $30,000 in donations.

I’m a Bay Area native. My work in film is complemented by a background in visual arts and communications: graphic design, illustration, journalism and marketing.  Currently that all plays into the work I do for Armstrong Creates, a Santa Rosa marketing firm with a 30+ year history in Sonoma County.