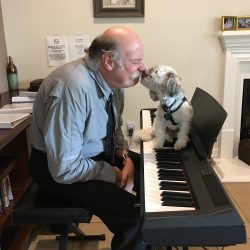 Michael O'Brien Composition, Instrumental, Music, Vocal I run my own music business, and entertain on both piano and guitar, at over 25 different retirement facilities (Dementia Care; Assisted Living; Convalescent Homes; Post-Acute Rehab facilities; Senior Centers; etc.) throughout the North Bay. The program is usually built around music from the Big-Band and Swing era, though I am frequently called on to do shows of other types of music, 60's music; British, Classical, Beatles; Patriotic; Musicals; Original; etc., etc. 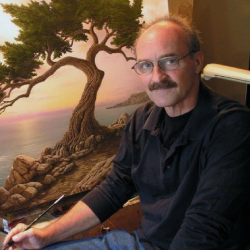 Patrick O'Rourke Recovery Fund Grantee, Visual Arts Patrick O’Rourke is a contemporary artist from Northern California, crafting beautiful landscapes and creative textural images. He paints a richly diverse subject matter, but draws primary inspiration from the oak studded hills, rolling vineyards, soaring redwoods, and rugged coastlines of Napa and Sonoma Counties.This artistic process began as a child under the influence of his mother, a life long artist working in oils and pastels. Patrick has worked in all mediums throughout his life, but now devotes himself to acrylics on canvas. His work can be found in the homes of fine art collectors throughout the world. 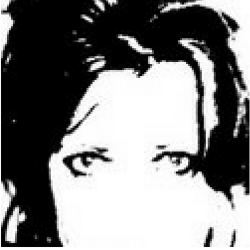 Nancy OConnell Design, Graphic Design, Multi-Media, Recovery Fund Grantee I am a full service designer located in the northbay specializing in visual communications for print and web. Committed to excellence in design I bring my in-depth experience in the fields of print and web design with a sharp eye for pixel-perfect creative solutions to every project from concept through completion. I have expert level skills in print design software including Photoshop, Illustrator and InDesign. In recent years I have focused on web design with a strong focus on social media development. Other skills include illustration, packaging, presentation design, and mobile design. 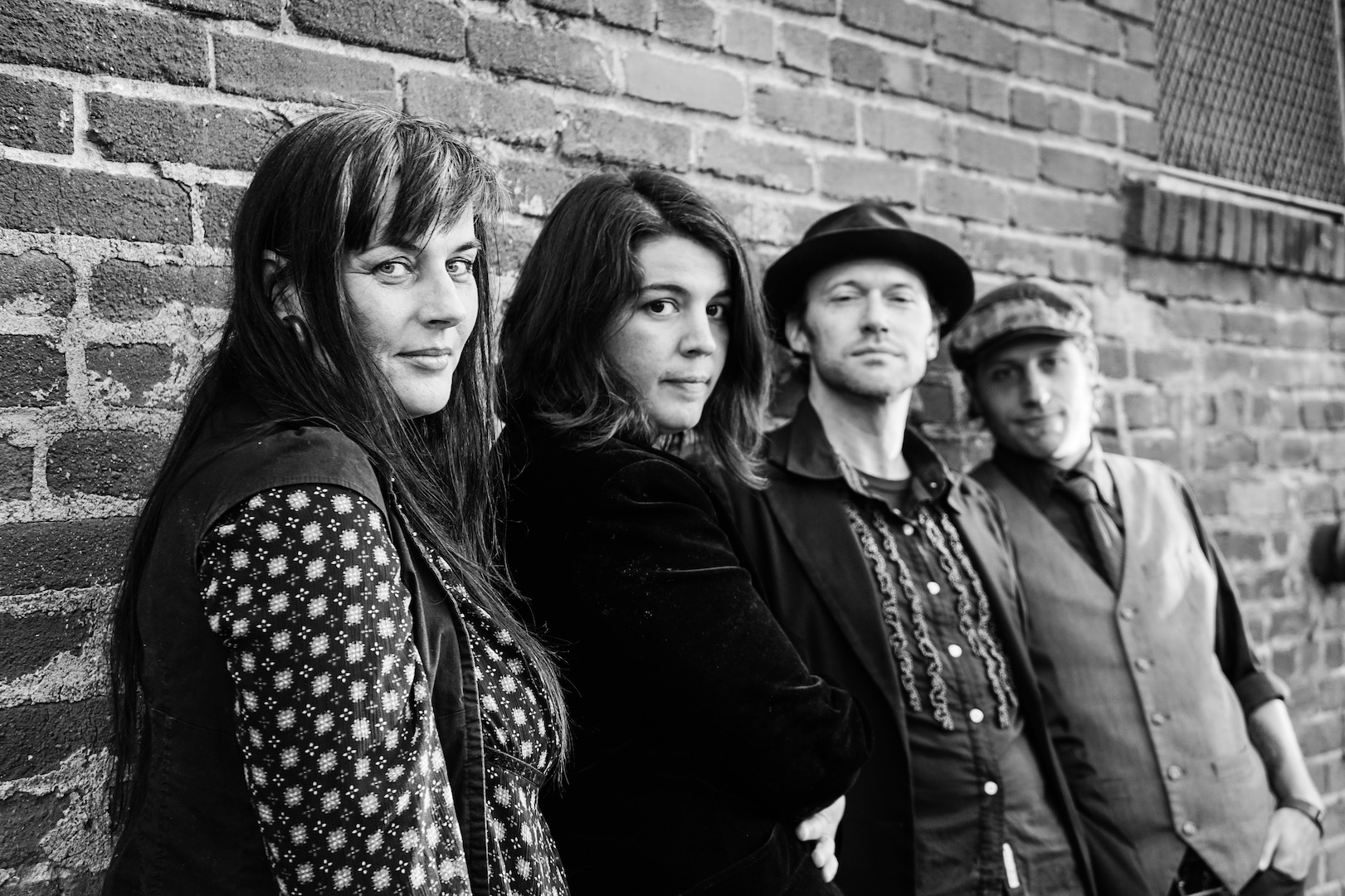 Old Century Blood Music Old Century Blood Born in a yurt, Old Century Blood is indie rockfolk that ebbs and flows with chaos and love. Porch poetry written with inkblot inklings of love, death and joy. A melancholy lust for life. Old Century Blood is a vibrant and dynamic form of music that stands out in its uniqueness. Sonic landscapes provide a backdrop to idiosyncratic poetic lyrics, violin solos, and soaring male/female harmonies. This is music to which people can dance, then cry, and then dance again. A refined, unique sound that takes the familiar (classical instruments, vocal harmony) to a new level of grit & beauty. Not Americana but feels folky. Not rock but it moves as such. Founding member, Guitarist/vocalist Christopher James has been playing and performing, mostly as a solo act, for over 25 years. In Eugene, Oregon he was the founder and front man of a local well-established local act, Atrial Flutter. As a solo artist, he has shared the stage with such acts as Bill Frisell and Jessie Sykes and the Sweet Hereafter. Co-founder, vocalist and violinist Kirana Peyton has had the pleasure of performing with many gifted musicians including Les Claypool, Jesca Hoop and Drag City artists Faun Fables. She’s enjoyed working in the studio with esteemed sound engineers such as Oz Fritz (Tom Waits, Bootsie Collins, Bill Laswell) and Bob Daspit (Hans Zimmer, Danny Elfman). While playing nationally and internationally, she’s opened for Nick Cave’s Grinderman, Deerhoof, Amanda Palmer, Sleepytime Gorilla Museum, John Trudell as well as many talented others. During her classical musical training at Sonoma State University she engaged in extensive studies in composition and Hindustani Indian singing. She had the great honor of receiving the Lalmani Misra Memorial scholarship for classical Indian singing.  She’s also written and performed vocal arrangements for the Mo Perkins’ film “A Quiet Little Marriage”. Joni Davis contributes her strong piano and vocal skills. She is based in Northern California, but has sung her songs as far afield as England and the Netherlands. She has opened up for K.D. Lang and Aimee Mann. Joni received her bachelors in music from Goldsmith's College, University of London and has been fortunate enough to collaborate with lots of great musicians such as London based multi-instrumentalist Quinta, songwriter and musician Dylan Champagne, and Dawn McCarthy of Faun Fables. Joni records her solo music with her husband in their house and has self-released two albums, an EP, and is currently working on her third album. Old Century Blood have spent the last year refining their sound, recording a demo and playing well-attended shows. They now hope to be able to take it to the next level through a vibrant promotional campaign. 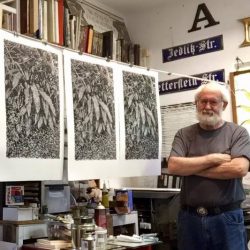 Rik Olson Illustration, Visual Arts A California native, Rik received his B.F.A. from the California College of Arts and Crafts in Oakland. He has studied under such masters as Barry Moser, John DePol, Richard McLean, and Ralph Borge. He has lived, studied and exhibited in Italy, Germany and the U.S. His influences include the years he lived in Europe and currently the beautiful countryside of Sonoma County, California. He enjoys pushing the envelope in printmaking and has recently been working on editions of multi-color linoleum cut prints. He recently took part in a fund raising event where the works of ten artists, whose over-size prints were printed by an actual steamroller, were featured. 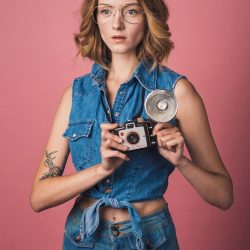 Erin Rose Opperman Design, Graphic Design, Illustration, Mixed, Other, Painting, Photography, Visual Arts
Here’s the important stuff: I have a strong, varied background in visual arts with a photography degree from Sonoma State University as well as a degree in graphic design + branding from San Francisco’s FIDM. For nearly three years I had the pleasure of working in-house, as Art Director at an award winning advertising agency, The Engine is Red. I focused on brand strategy, marketing concepts, and fully custom digital experiences. I collaborated within a team to create concepts, strategies, and results. And I led a team to ensure ideas were upheld, best practices were met, and expectations were always surpassed. I now work freelance to serve my own clients as Erin Rose Creative. I offer agency-quailty creative services without the agency price or hassle.
Here’s the fun stuff: I’m an inexplicable mix of a wildly punctual, reliable, detail-oriented, deadline driven professional AND terrible adult person who can’t make a bed or cook a meal to save her life. I’m quirky and fun, but smart, focused and I get things done. I’m obsessed with Palm Springs, anything ‘70’s, and if I could create my own version of Mt. Rushmore it would include Bowie, Warhol, Kahlo, and Frances McDormand. I've formally studied photography, painting, and design. Which leads me to be a multidisciplinary artist with a wide body of works, across a multitude of media types. I highly suggest following me on Instagram. I'm fun. 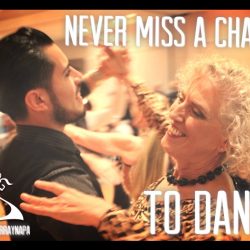 Jennie Orvino Ballroom, Dance, Latin, Literature, Non-Fiction, Poetry, Teacher/Instructor As a freelance content provider, I offer you the benefit of my life experience an engaged, passionate citizen-artist. I received my first diary at the age of 14 and have been a writer ever since. I have worked as an elementary school teacher, journalist, radio producer and on-air host, and for community television, advertising agencies, newspapers, publishers and non-profit organizations. In my career, I have learned the art of active listening and creative collaboration… and I work diligently, with complete respect for deadlines, to earn the respect of my colleagues and clients. It may not be practical for your business or organization to employ an in-house writer for newsletters, fund-raising letters, blogs, eBlasts, press releases, ads, brochures, catalogs, web content, reports, case studies, feature stories, bios and profiles. I can help! I also have six years’ experience in writing successful grant proposals and grant reports submitted to private foundations and government funders. (see writing samples section) My intention is to assist you with language that is clear, organized, intelligent, deep or light-hearted as appropriate, geared to its audience, and that speaks with the values and in the voice of you, your business, or the group you represent. 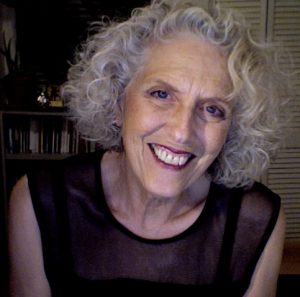 Jennie Orvino’s commercial writing credits include 11 years in the Marketing Department of the Santa Rosa Symphony, where she provided copy for press releases, brochures, print ads, newsletters, postcards, flyers and solicitation letters, as well as all the organization’s eCommunications and web content. In addition, she wrote grant applications and grant reports for the Symphony over a 6-year period. (Among grants received include the NEA, Hewlett Foundation, Irvine Foundation, Community Foundation Sonoma County, Santa Rosa Sunrise Rotary, Heller Foundation and Target.) Orvino has written and/or edited newsletters for Hillel at Stanford, Face to Face/Sonoma County AIDS Network, Actor’s Theater, Santa Rosa Church of Religious Science (now the Center for Spiritual Living) and other non-profit organizations. She also worked as production coordinator for Campbell & Associates Advertising/Marketing/Public Relations, and the Santa Rosa Business Journal (now North Bay Business Journal). Orvino has been a Literary Arts Producer for KRCB radio (NPR affiliate, 91.1 FM Sonoma County), where she contributed on-air interviews and book reviews (more than 20 shows of “Come Said the Muse” and “Word by Word”). She has had features published in Rohnert Park’s The Community Voice, Petaluma’s Argus Courier, the North Bay Bohemian and Sacramento News & Review. Jennie Orvino is the author of the book Poetry, Politics and Passion: memoir, poems, personal essays (2012) and a Grammy-nominated spoken word CD, Make Love Not War (2002). Her literary awards include: first prize poetry in Copperfield’s The Dickens contest; second prize poetry in the North Bay Bohemian Java Jive contest and the Don L. Emblen Award from Santa Rosa Junior College. In April 2012, Orvino was one of 10 women honored at the 6th Street Playhouse Women in the Arts Showcase. In 2014, she read in, and co-produced, the Steamy Sonoma County Erotica Salon series.