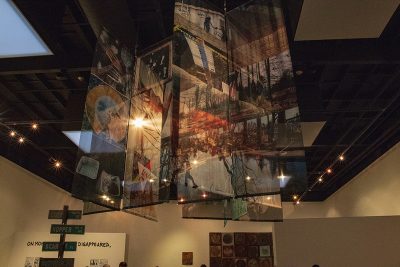 One example is a seven-story installation near Shanghai, China; another is at Miami International Airport. She earned the National 2009 Americans for the Arts Award for public work in Plano, Texas. She has dedicated three years to her documentary of the 2017 Sonoma fire a part of which was exhibited during the first year anniversary as a mobile.