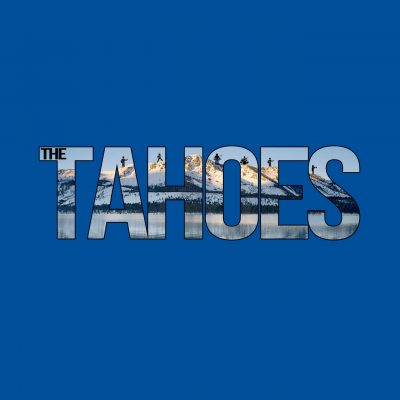 For almost 5 years The Tahoes have traversed Northern California, from San Jose to Mendocino, bringing their unique brand of reggae-rock to hella stoked audiences everywhere.  Comprised of former members of The Conspiracy, Biting The Dog, Tin Circus and Fallout, The Tahoes’ fun-filled sets of skanktastic grooves are roughly 70/40 originals/covers.  (That’s 110% percent!) They’ve  played for huge crowds at the Sonoma County Fair, the Booneville Beer Festival, The Sonoma County Harvest fair and recently opened for national touring artists The Mad Caddies, Fishbone and The Aggrolites.   The Tahoes bring the energy with original hits like I Need You, Acorn, Break Out,  Sparkle On, 4:20 and the crowd’s favorite anthem, Hella NorCal.

It all started back in 1988, when Micah moved from Colorado to NorCal.  The son of an accomplished music educator/director/composer, Micah had music in his blood at the very beginning.  After logging valuable experience with children’s & church choirs in Colorado, he immersed himself in the music programs of whatever schools he attended here in his new home of Forestville in Sonoma County.  It was at this time he met and befriended Joel, his future Tahoe bassist!   Who knew 30 years later they’d still be doing this!?

Joel played almost everything he could get his hands on growing up: tuba, trombone, bagpipe, recorder, pennywhistle and more.  That talent paid off when Joel was awarded a scholarship to UNLV to play tuba.  He later returned to NorCal and joined the ska band The Conspiracy, and toured with them for several years.

Joel and Micah performed, competed and practiced their way through high school and some college years in Santa Rosa.  As for Micah, all of that experience came to a head with the dedication to his band in the late 90s – Fallout.  The entire band would ultimately uproot and head south to “make it big” in 1997 in L.A., only to come home a year later, with a failed attempt at rock stardom.  He would join the navy a year after that, and embark upon a whole new chapter in his life, teaching fellow sailors how to play electric bass and drums along the way.

Little did Micah and Joel know back then, but they had already met and played with another future Tahoe:  Josh!  The skinny kid playing first trumpet in Prep Orchestra and Santa Rosa Junior Symphony was none other than the future Tahoe trumpeter.  Josh’s legacy on the trumpet includes being a founding member of Tin Circus, the Producer of the Wednesday Night Big Band (one of the largest in NorCal) in addition to being a youth tutor and one badass DJ & KJ!  He also Produces and Promotes large scale and club events in Norcal (since 1999) with his Company, Bluegreen Productions.

Darren grew up in  Santa Cruz, CA and taught himself to play guitar by picking out the notes from his favorite albums. He began playing in bands at 19 culminating in his first gig at the legendary Stone on Broadway in San Francisco and was soon playing clubs all over the Bay Area  opening for legends in the making such as Nofx, Primus, The Melvins and Skankin Pickle.  After several years of playing in metal and punk bands, Darren moved to Tahoe to continue playing  music and chase a snowboarding dream. 8 years in Tahoe splitting time between an acoustic duo playing all of the ski resorts, a punk band playing all the parties and a metal tribute band playing the bars was good for rounding out his chops in various styles.  After meeting his wife and having their first daughter, he moved with his new family to Sonoma County to be closer to family.  After a short stint with the north bay punk outfits All For Nothing and The Stairwell Effect, Darren met drummer Micah through an ad on Craigslist placed for the “best 80s hair metal tribute band that never was:  Metalsnayke.”  The chemistry was instantaneous the moment they wordlessly played Ozzy’s “Crazy Train” front to back. This partnership which would last 9 years (and is still going strong) and would eventually form the straight ahead hard rock band, Biting the Dog.

Biting the dog toured all over California performing notably at Great American Music Hall in San Francisco, both the Phoenix and Mystic theaters in Petaluma and the Whisky A Go Go in LA.  The band eventually changed sounds and shuffled personnel, including Micah moving from drums to bass. They wanted to incorporate a horn section, so Micah called up some old high school buddies – including Joel – who would contribute wonderfully on trombone.  This configuration of players would eventually morph into The Tahoes.

Glenn started out as a fan of Biting The Dog. He went to his first BTD show because his cousin, Beth, was dating Micah.  Out of family obligation and a desire to get out of house Glenn agreed to go out to a stinky bar in Sebastopol. He was blown away by Micah & Darren’s talent.  As the years progressed, Glenn went to many BTD shows as a fan AND as a videographer. After the band broke up, Micah asked Glenn if he wanted to come mess around with him (now back on drums), Darren on guitar, and Joel now on 6 string bass. Glenn had never been in a band before. He had done many choirs throughout his life and had done theatre, singing, sketch comedy, stand up comedy, and acted in small roles on TV and movies, but never actually been in a band. They gelled instantly. After months of writing and exploring they finally settled on a sound, a mix of sublime, 311, Primus, Fishbone, Van Halen and a dash of Frank Zappa.  The only thing left was a band name.

When the time came for Micah’s bachelor party, South Lake Tahoe was the designated spot.  Soon “TAHOE” was the battle cry that was yelled when anyone was having a good time.  The name, and more importantly, the feeling stuck.  The Tahoes was born.

Since then, they have been inseparable on every #TahoeTuesday and they text each other like 13 year old girls. They wrote many originals and learned covers that they all liked and started to play all around Northern California. They did shows in Sebastopol, Rohnert Park, Santa Rosa, Petaluma, Novato, San Jose, The Sonoma county Fair and the world-famous Boonville Beer Festival.

in 2016 they satiated their desire to expand their sound by bringing Josh into the fold. His unique style of playing added to what the group already built and really enhanced their sound.

What makes the Tahoes so unique is that despite such a broad and eclectic variety of influences (hard rock,punk, fusion jazz, celtic music, prog rock, eighties light rock, r&b, reggae, etc. etc.) there is a cohesiveness to their set that is making new fans at every show. 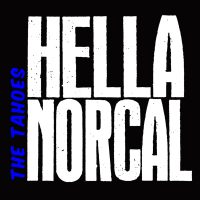 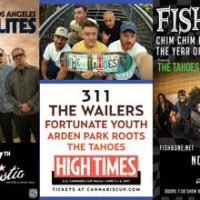 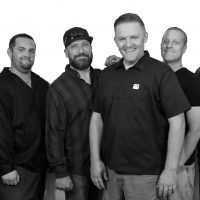 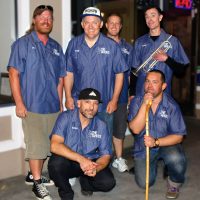 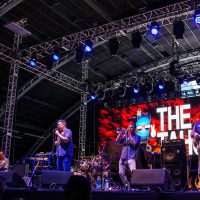