The mission of Cinnabar Theater is to present a wide range of theatrical, musical and operatic works that are relevant to contemporary life and challenging to audiences and artists alike.

To achieve our mission, we create an environment that fosters the experimentation and exploration needed to produce high-quality performances, which can be enjoyed for their technique and artistry as well as for their connection to life and living. Additionally, we are committed to training young people in the performing arts so they can make lasting and meaningful connections between the arts and their daily lives.

Located in a 1908 red schoolhouse on a grassy hill on the outskirts of Petaluma, Cinnabar Theater was founded in 1972 by opera singer Marvin Klebe and his wife, Jan. A former San Francisco Opera baritone, Klebe left big city life to create a small-scale performance space where creative people could collaborate and experiment. The Klebes and their four sons renovated the schoolhouse into what it is today: a performance space that provides North Bay residents and visitors a mix of plays, musicals, operas, and concerts.

In 1983, we introduced our Young Repertory Theater (“Young Rep”) program. Created to counteract the ongoing decline of arts funding in public schools, Young Rep serves youth ages 4-18 from throughout Sonoma County. An ongoing program, Young Rep trains youth in the performing arts, specifically plays and musical theater. Through carefully crafted, age-appropriate curriculum, youth explore how their daily lives connect to the performing arts, and discover their own talents. Young Rep activities, which include summer camps and after-school programming, culminate into an average of five live performances, starring our Young Rep youth, annually. To ensure all youth who seek to explore the performing arts have the opportunity to participate, we offer scholarships for socioeconomically disadvantaged youth. Annually, 120 youth participate in Young Rep.

In the 2016-17 season, we produced seven professional plays and musicals, two Young Rep performances, six concerts, and eight special performances, including puppetry and improvisational comedy. Over 6,000 individuals attended these performances, with 75% of our audience comprising Sonoma County residents. 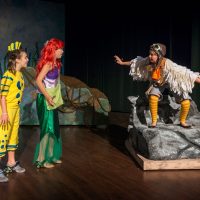 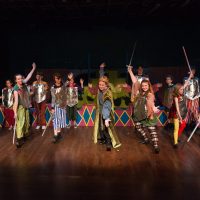 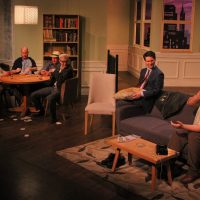 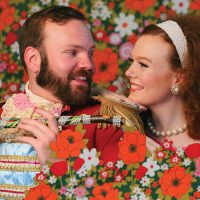