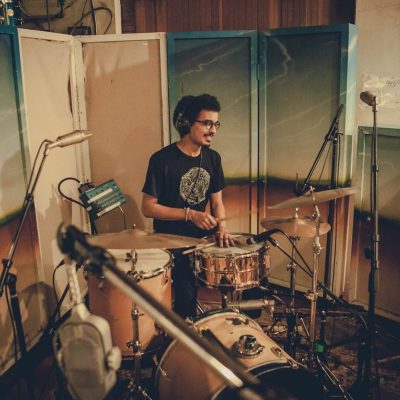 Has been playing drum set and percussion since 2010. Participated in four different ensembles at Bellarmine: Symphonic Band, Percussion Ensemble, Jazz Band, and Pep Band. Received “Most Outstanding Musician” award in 2012. Played for the Praise Band at St. Stephen’s in the Fields Episcopal Church in San Jose, CA from 2010-2012. At Sonoma State, has participated in three school ensembles: Latin Ensemble, Jazz Orchestra, and Contemporary Ensemble. In recent years, has performed extensively with a plethora of North-Bay musicians and groups including(but not limited to): Sharkmouth, The King Street, Snaps for Sinners (formerly Buck Thrifty),Token Girl, The Crux, The Rainbow Girls and Oddjob Ensemble. Since 2018, libby has been exploring their own sound with Casio keyboards and guitar pedals alongside their drumset.

It’s nice to meet you!